As Lisa Eichler and Willemijn Verdegaal, co-heads of Climate & ESG Solutions at Ortec Finance, reflect on the outcomes of COP26 and its implications for their clients the following stands out: COP26 did very little to mitigate any of the uncertainty around which global warming pathway the world is heading towards.

Final agreement: After two arduous weeks of negotiations, there were many notable outcomes we would like to highlight. Luckily Paris-accord levels of ambition were maintained, showing the great perseverance of climate-ambitious countries despite several decades of ongoing discussions. For the first time in UN climate change COP history, coal and methane were explicitly included into the agreement text, a huge achievement and signal from Glasgow that fossil fuels are the root of the problem with coal on its way out. The national emissions reduction targets set placed an emphasis on raising ambitions and striving towards net-zero emissions, illustrating the growing global consensus to decarbonize and strive for 1.5oC.

Broader playing field: We saw great momentum around private sector disclosure through the establishment of the IFRS Foundation’s new International Sustainability Standards Board (ISSB), a motif of collaboration to reach net zero speckled throughout the conference, and continued growth of open-source tools and methodologies as illustrated by the OS-Climate event.

A declaration for the end of deforestation took the world stage by surprise. Such a statement should signal to clients that reforestation and afforestation are methods here to stay, with biodiversity coming to the forefront of the conversation soon.

Bilateral cooperation between US and China to enhance climate action in the coming decade was joyous news towards the end of COP— as not only the world’s two largest emitters but also two of the world’s great economic powers, the urgency of climate action was heard loud and clear. 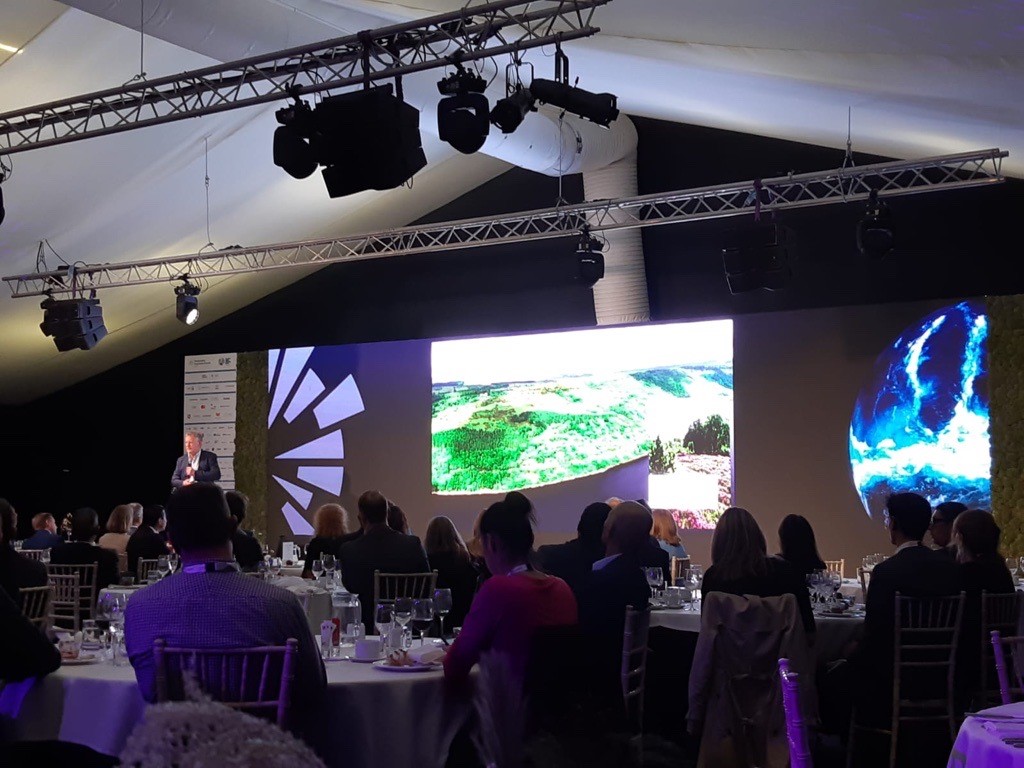 While the positive outcomes were high in number, the disappointments of COP were of a similar caliber. What was originally drafted as a ‘coal phase-out’ was watered down at the eleventh hour by India and China to a mere ‘coal-phase down’ motivated by both nation states’ desire for continued rapid economic development. As long-time observers and professionals in climate change, the narrative did not come as a surprise, especially as developed countries have once again failed to deliver the $100 billion per year of climate finance to help developing countries transition.

Despite being arguably the most ambitious COP since Paris in 2015, even if countries stick to their COP26 pledges the world will still fail to limit global warming to 1.5oC and in fact overshoot Paris goals. Even with all the discussions to reach net zero by 2050, current pledges and targets of emissions reduction from now until 2030 would still put us on track to reach 2.4oC of global warming according to Climate Action Tracker.

The ambiguity of COP26 was also reflected in the conversations had by investors present. Ambition to set net-zero pledges was high, but there is a great lack of clarity on how to reach these goals while at the same time not ‘stepping-off a cliff edge’ (divesting from fossil fuel producers) and ensuring that the transition is ‘just’ and ‘inclusive’. Also, there was increasing attention for the systemic nature of climate-related risks and for the key role of physical risks in this conversation. Lisa and Willemijn were inspired by a conversation around the ethics of climate modelling as those creating such models help key stakeholders make decisions on lives and livelihoods – a responsibility not to be taken lightly. What does all of this mean for investors, including our clients? Well, unfortunately the uncertainty around probability of global warming pathways is still front and center. There is a pull to net-zero in terms of ambition, but no clear pathway towards realization. Global policy makers are not in agreement and, frankly, a net-zero investible portfolio that includes significant exposure to emerging markets seems nigh impossible – even though these areas are in dire need of investments for resilience. Using science-based, responsible, climate scenario risk analysis in combination with temperature alignment analysis remain imperfect but are still the best tools to help bring some clarity in this space. These tools, valuable as they may be, will not provide the exact blueprint to solve the climate crisis, however. They will, at best, shed light on difficult trade-offs.

It will take all our wits to navigate the coming decade— let’s get to work.

Thinking through the financial impacts of various climate risk scenarios and creating a net-zero roadmap may feel somewhat overwhelming. At Ortec Finance, we are here to help. Don’t hesitate to reach out to us, or take a look at our Climate & ESG solutions page.