Since the implementation of Solvency II there is an ongoing shift in the way in which analysts and other stakeholders look at the financial performance of European insurers. Traditionally, the IFRS accounting framework was the metric of choice in this regard, but stakeholders nowadays are more interested in the development of the solvency ratio and an insurer’s ability for ‘free capital generation’. If an insurer is able to generate a higher amount of free capital, this could translate into either higher dividend payments to shareholders or increased possibilities to make strategic investments or acquisitions. The Dutch regulator also recognizes the importance of this issue. In line with their ‘Vision for the Future of the Dutch Insurance Sector’, they will be asking insurers over the course of 2018 how they intend to generate free capital in the long run.

Under Solvency II ‘free capital’ is defined as the amount of Eligible Own Funds in excess of either the regulatory required capital or (to be more prudent) the target capital. The insurers ability for free capital generation is hence defined as the change in the amount of free capital over time excluding dividend payments. The elements underlying free capital generation can be split into two distinct categories: elements that can be considered ‘sustainable’ and elements that are caused by external or unique events. Events that fall into the latter category include for instance changes in regulatory requirements or model changes. 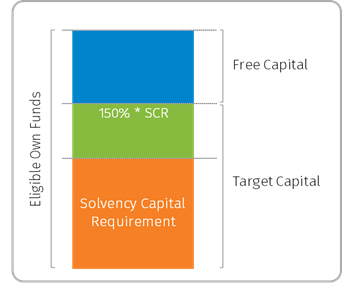 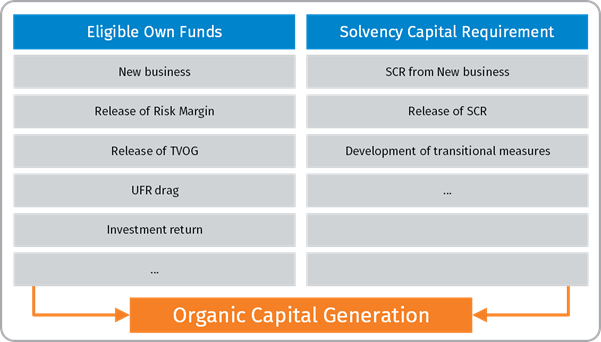 Insurers are taking action to improve their free capital position by for instance de-risking their asset portfolios or entering into reinsurance contracts. Improving the organic capital creation is essential for a stable development of the solvency ratio and stable dividend payments. However, most of these management actions tend to improve the solvency and free capital position of the insurer in the short term, but deteriorate the profitability of the business in the long run.

It is therefore vital to keep an eye on the long term, as a lack of profitability will diminish the organic capital generation going forward. By gaining insight into the impact of certain management actions beforehand – not only the immediate effect, but also the impact this could possibly have given different (economic) outlooks – the decision to implement such actions can also contribute to stable results going forward. This insight could be easily obtained through forward-looking ALM or risk management analyses. This will create maximum value for all stakeholders not only now but also for years to come.